DID NAPOLEON BONAPARTE DISCOVERED THE ELIXIR OF IMMORTALITY IN KEOPS PYRAMID ? 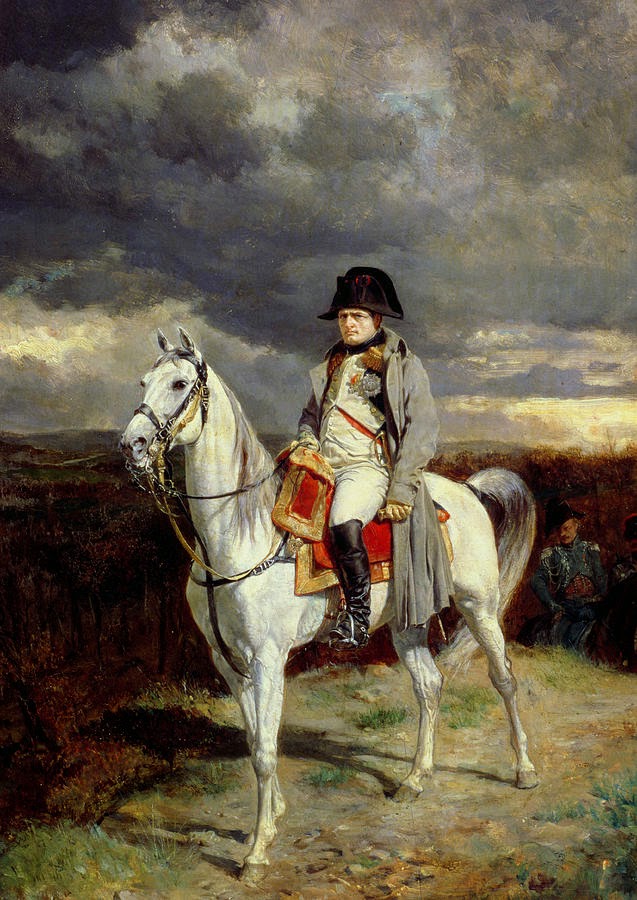 During the Centuries great Leaders and army leaders, were looking for immortality. Although they considered themselves Gods, which is opposite to their quest for immortality, their constant obsession with immortality, never stopped. They were going and conquering new territories and constantly quested for the strange Elixir. Many historicians even confirm that their dominant motive in their constant conquering was looking for Elixir and their “good” motive was their desire for more financial, territorial & political power. Some of them didn’t even have “good” motive, although the obvious facts that that didn’t look like that.
One of the most relevant examples if this endless Quest for immortality was the Big Napoleone Bonaparte, who following his far distant predecessor Alexander the Great, was questing and looking for this Drink, device or whatever it was, for bringing him Endless Immortal life.
To Napoleon, Alexander the Great was great inspiration and in many situations of high importance for his ruling, he was emulating Alexander.  Just as Alexander was king of Macedon, hegemon of the Corinthian League, great king of Persia, and pharaoh of Egypt, Napoleon was emperor of France, king of Italy, mediator of the Swiss Confederation, and 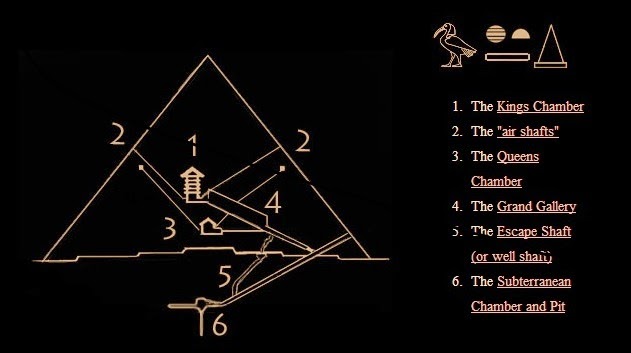 protector of the Confederation of the Rhine.  It is also possible, had he succeeded in Russia, that he would have been protector of a Northern Confederation composed of the Grand Duchy of Warsaw (a possible precursor to a new Polish kingdom), Sweden, and Denmark. Also as a great admirer of Alexander the Great, Napoleon created a new system in Europe that in some ways mimicked the ancient Macedonian Empire.
By exploring the details of Alexander’s life, he found out that Alexander was constantly obsessed by Immortality, that additionaly convinced him and strenghten his quest on the same topic.
On his way of following Alexander’s steps a very strange episode occured. Actually more recent episode associated with the mysterious fate of Alexander's remains took place in 1798, when Napoleon Bonaparte's armies invaded Egypt through Alexandria. In the courtyard of the mosque that had once been the church of St. Athanasius, standing inside a small open building, was a handsome, heavy sarcophagus carved from a single block of rare, beautiful, dark green breccia. It was decorated, inside and out, with Egyptian hieroglyphics. Although it was being used as a cistern for worshipers' ablutions before prayers, locals referred to it as "the tomb of Alexander." French troops removed it and transported it to the hold of a French hospital ship. It was said that they intended to bring it to Paris, where a monument to Napoleon would be built around it, thus associating the latter with Alexander the Great in much the same way rulers had done since Ptolemy first hijacked the funeral cortege in southern Turkey. 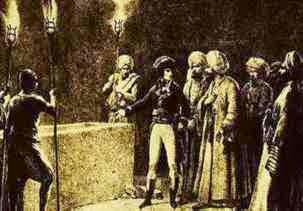 But in 1801, the British invaded Egypt and expelled the French. Antiquaries attached to the British forces knew about the so-called "Alexander sarcophagus" from travelers' writings. They searched for it specifically, removed it from the French ship, and today the sarcophagus is not in Paris, but in London, on display in the British Museum.
That episode didn’t prevent Napoleon to follow Alexander’s steps and like him go and visit Keops pyramid and in the pyramid visit and spent some time in King’s Chamber. In 1798 for exploring the great pyramid, he took with himself archelogists, engineers, astrologists, geometers, surveyors and other profiles of scientists.
This event is even more misterious about Napoleon on his visit to the great pyramid. He asked to be left alone in the King’s chamber. When he emerged, it was reported that he looked visibly shaken. When an aide asked him if he had witnessed anything mysterious, he replied that he had no comment, and that he never wanted the incident mentioned again. Years later, when he was on his deathbed, a close friend asked him what really happened in the King’s chamber. He was about to tell him and stopped. Then he shook his head and said, "No, what's the use. You'd never believe me." As far as we know, he never told anyone and took the secret to his grave.
Alexander the Great also spent some time in King’s Chamber and during that time he had very strange evidence.
What these great Leaders saw in King’s Chamber ?
Did  they  see  and  realize the real goal of Great Pyramid in Giza ?
Did  they  feel  the  power  that  was  given  to them by the concentrated energy in  King’s Chamber ? What evidence did they have ?
The fact is that the King’s Chamber is located at the highest point of Great pyramid, on the height where in the most simple models of handy made pyramid strange energy is concentrated, that has strange nature and by which many things can be done ?
The fact is that, many archeologists were looking for mummy but they never found body of pharaoh in Great pyramid, that later on was justified by the fact that in the Great pyramid many artefacts were stolen.
No matter how it is, still one unanswered question remains. Did Alexander & Napoleon in King’s Chamber witnessed the Elixir of Immortality or they witnessed deeper evidence for this World ?
If that is so and it is obvious that deeper evidence existed, still one question remains? Can we use the Power of Pyramids and King’s Chamber nowdays for Mankind’s benefit and was it that already done ?
Does a  simple  person  can  have  benefits of it and not only Leaders ?
Used sources:
http://www.napoleon-series.org/research/napoleon/c_unification.html
https://www.saudiaramcoworld.com/issue/200103/alexander-the.great.mystery.htm
http://www.gizapyramid.com/history.htm
http://ideas.time.com/2013/12/10/whos-biggest-the-100-most-significant-figures-in-history/
http://www.ancientegyptonline.co.uk/kingschambergp.html


http://www.ancientegyptonline.co.uk/great-pyramid.html
Posted by PXD SYSTEM INTL at 6:36 AM

WHO BRAKES ALL RECORDS ? 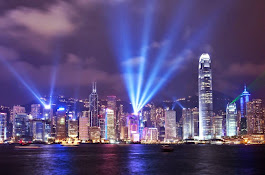 Choose the language and translate

PROVIDE THE BOOK TO MAKE YOUR FIRST STEP 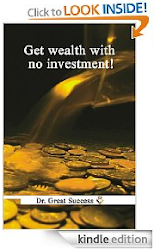 HOW JAPANESE KING PRESENT KOMBUCHA TO ALEXANDER THE GREAT... 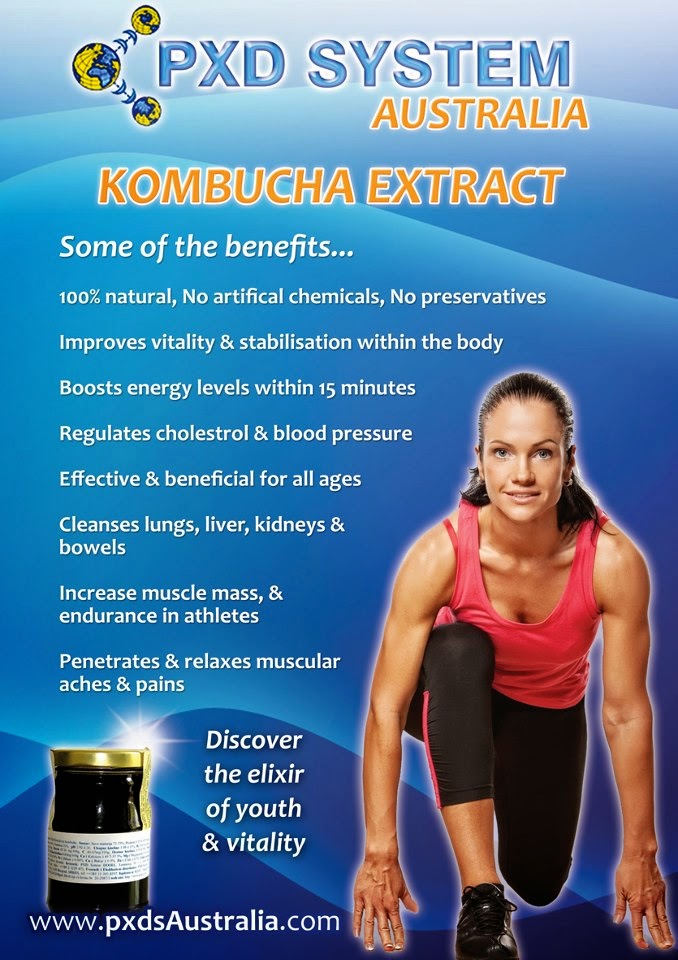